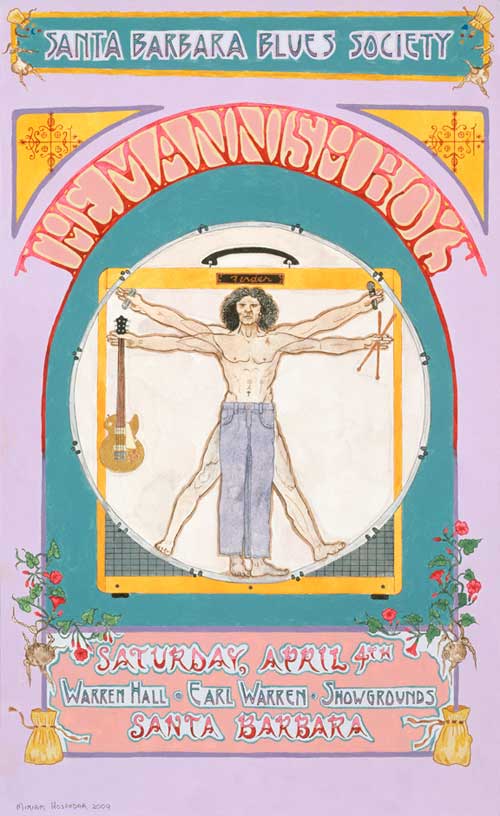 The figure is copied from Leonardo Da Vinci’s “ Vitruvian Man” – except for the Levis he’ s wearing, of course. Da Vinci’ s man stands within a square and a circle; the Mannish Boy stands inside a vintage Fender amplifier and a bass drum head. He holds a microphone, drum sticks, a harmonica and a Gibson Les Paul gold top guitar. In the corners of the borders are mojo bags. Above and below them, twining around the borders are John the Conqueror roots, which are mentioned in the Muddy Waters song, “Mannish Boy.” The two elaborate red symbols in the triangular shapes above the Mannish Boy are the sign of Legba, the god of the crossroads in the West African Yoruba religion. The crossroads are a powerful symbol in blues and blues history.