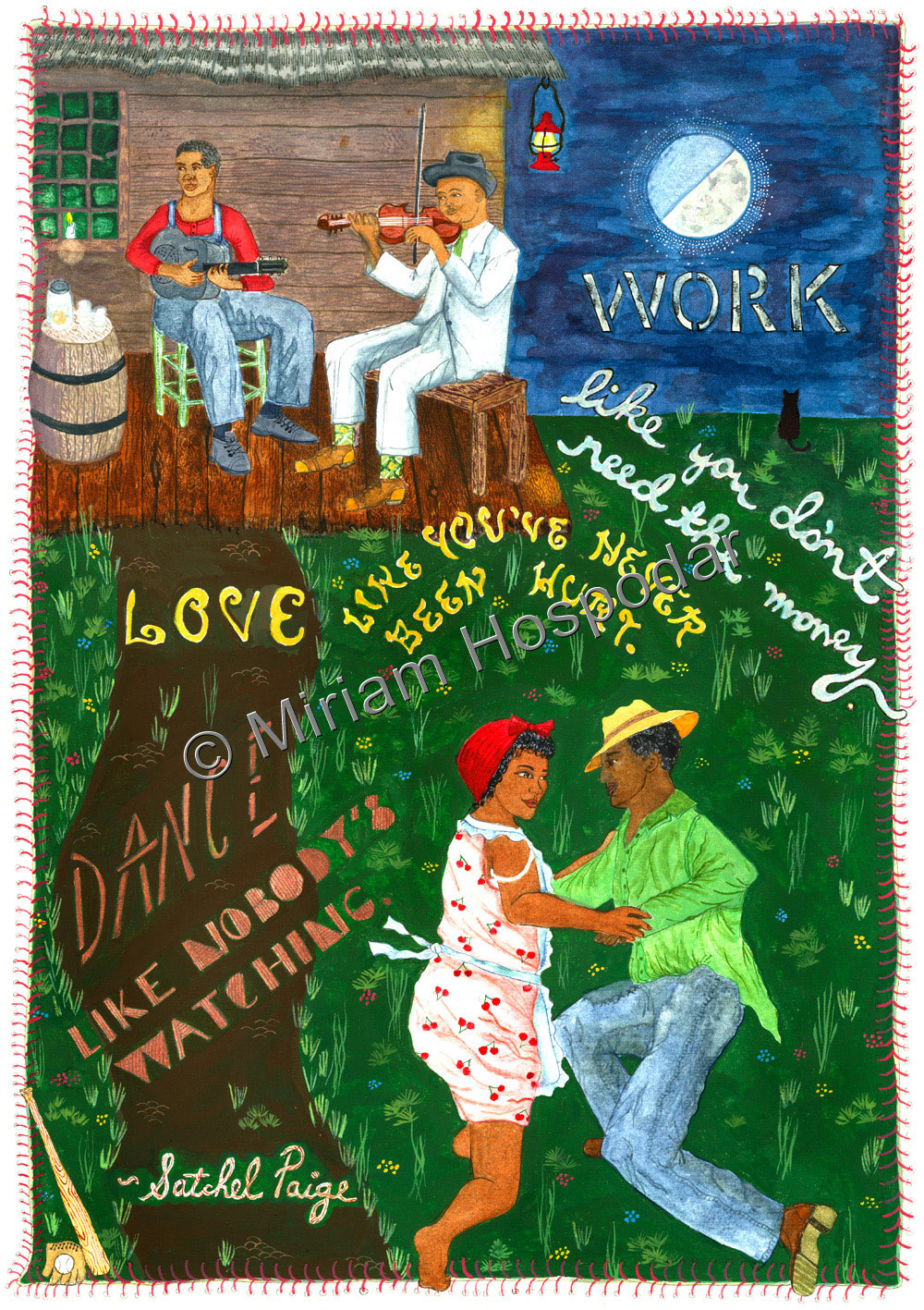 Leroy Robert “Satchel” Paige (1906–1982) was an American baseball player whose pitching in the Negro Leagues and Major League Baseball made him a legend in his lifetime. Joe DiMaggio called Satchel Paige “the best and fastest pitcher I’ve ever faced.” Paige’s career spanned five decades. His attitude towards his longevity in the game was “Age is a question of mind over matter. If you don’t mind, it doesn’t matter.” Satchel Paige is famous for many memorable quotations. One of my favorites is illustrated here.

The border represents the stitching on a baseball. In the lower left-hand corner is a depiction of an old-fashioned baseball glove and a bat resembling those used by Babe Ruth in the 1930s and Roger Maris in the 1960s. The figures outside the juke joint (working like they don’t need the money) are loosely based on a photograph of Muddy Waters and Son Sims on a front porch in Mississippi. Atop the barrel is a mason jar of moonshine with a peach in it. The lovers dancing like no one is watching are in their work clothes; they are spontaneously celebrating after a long day’s labors.