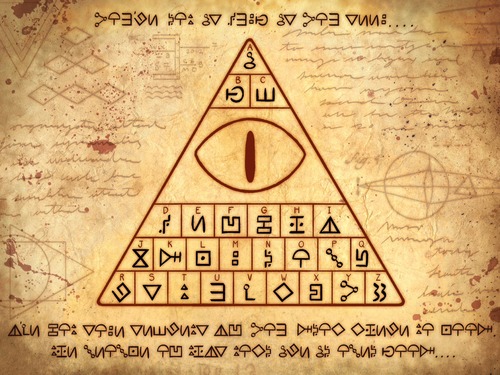 Usually we were able to shut out parents and other Establishment types with our own secret language. As with bohemians and beatniks past, there was a code, a secret lingual handshake between those living in the alternative universe.

Epithets hip, cool and man made a lover’s leap from beatnik to hippie. Man was the ubiquitous all-purpose first or last word in any given sentence, as in “Man, that chick is cool” or “That chick is cool, man.”

Far out! was a response to hearing about anything good, and on occasions calling for special emphasis, far fuckin’ out. When something was way out it was out of the ordinary in an off-center way.

Out of sight, or outtasight had its own special charm, and kept straights suitably locked out. When the Loading Zone’s lead singer quit, their manager recalled to me, “we didn’t know how to get a singer. So we ran an ad in the San Francisco Chronicle: ‘We want a chick singer who is out of sight.’ An older woman called and asked, ‘By out of sight do you mean that I have to sing from behind a curtain?’”

Outtasight was joined by groovy. The word probably evolved from earlier jazz musicians’ use of in the groove, and groovin’, which applied to music. Jack Kerouac told his last editor, Ellis Amburn, that one of the many New York publishing houses that wouldn’t touch early his novels requested that he pen a “Guide to Being Groovy.”

Oh, wow! pronounced, “oh WOOOWWW!” with a stoned inflection, was an all-purpose response, appropriate for any occasion. “You’re going to Mendocino this weekend? Oh wow!” On the other hand, Can you dig it? was an all-purpose rhetorical question. “I’m going to Menocino this weekend. Can you dig it?” Anything with any degree of significance, positive or negative, was heavy, as in “You’re into Hermann Hesse? Heavy, man.”

Someone who was together was aware, cool and had a life that was working for them. “He’s really together” morphed into what became common usage as having your act together or having your shit together — or if you were disorganized or out of sorts you could be exhorted to, “get it together!”

Then there were those profoundly philosophical admonitions to do your own thing, or just plain do your thing. They represented your inalienable right to freely express yourself, to march to your own inner drummer or, as Ken Kesey once mumbled, to “star in your own movie.” Just about any action was justifiable if you were just doing your thing, man. I was at the Fillmore one evening when a large crowd was sitting on the floor so that everyone could see the band onstage. Two teenybopper chicks stood up and started to dance in place, blocking the view of the many fans sitting behind them. When people started shouting at them to sit down, the one with the bleached blonde hair turned around and yelled back, “I’m just doing my thing, man!” Like, who were we, half the audience, to suppress the spontaneity of any individual?

A value judgement in the straight/hippie, cool/uncool, uptight/groovy world of black-and-white thinking was the concept of plastic. The straight world was characterized as being made up of clean, sanitized, cookie cutter cut-out, synthetic plastic. Straight people were called “plastic.” In the 1968 film, The Graduate, Dustin Hoffman’s disenfranchised character was advised to consider plastics as a career. That seemed to sum up a collective disgust with conventional society.

Drug-speak was a major part of this language. Many of its code words and phrases were later adapted into common, drug-free figures of speech. “I’d love to turn you on” started its life meaning “I want to get you high.” It quickly morphed into an all-encompassing phrase meaning to introduce you to, well anything, as in “Man, I’d like to turn you on to a really groovy macrobiotic restaurant.” A turn-on spawned its evil twin, a turn-off.

You scored some dope, which slid down the slippery slope into the mainstream lingua franca until you could score some tickets to see 2001: Space Odyssey, or a pair of bellbottoms, or a freakin’ Lawrence Welk album, for that matter. Marijuana was never marijuana; it was pot, grass, weed, Mary Jane or just plain dope, sometimes also called reefer in satiric reference to its name from the 1940s. You rolled it up in cigarette papers to smoke a joint or a J,. The logo of Zig-Zag brand cigarette rolling papers, an exotic-looking, bearded man smoking a hand-rolled cigarette, was a universal symbol of pot-smoking. He graced T-shirts, concert posters and just about anything onto which you could silkscreen that sucker.

You toked on a joint until all you had left was a roach, which supposedly contained the essence of the entire former joint and had the most intense effect. You then could use a handy little spring clamp called a roach clip to keep from burning your fingers as you smoked it. Rolling Stone, the brand new, ultra-hip music magazine based in San Francisco, offered a free roach clip featuring a hand-lathed wooden handle to anyone who bought a subscription. The “device,”as it was called, was intended “to enhance your pleasure of reading the magazine.”

After taking drugs you were stoned, ripped, wasted, bombed, blown away, smashed—violent words for such a gentle state. When you dropped acid you went on a trip, or went tripping. The seemingly clean Beach Boys even had a song, “Let’s Go Tripping!” Also, your trip became your thing, your bag, your philosophy in general, subject to the multi-tasking value judgements of Good trip vs. bad trip, as in,“Spiro Agnew, bad trip, man.” Your trip was strictly your own business and nothing to force on anyone else, as in, “Spiro Agnew is trying to lay his trip on us,” because “he’s on a power trip.”

Since LSD created flashbacks, moments when you re-lived an acid trip, to remember anything was to flash on it, as in, “I flashed on that time I was tokin’ on a J at the Avalon and the Dead played that trippy song, man.” Tripping on acid made you blow your mind, but soon you could also blow your mind on the heavy trip the draft board just laid on you. What was once a totally psychedelic phrase, mind-blowing, eventually became a mainstream, drug-free adjective for anything astonishing, co-opted by the likes of Time Magazine and the Wall Street Journal. You could freak out on a bad trip, but pretty soon, anything with bad vibes could freak you out, as in, “Man, the whole Vietnam War thing really freaks me out.” However, a freak was also a hippie, which was a good thing to be.

Being straight was the times you were off drugs, if only for an hour. It had no meaning involving sexual orientation. Straight also described anything conventional: short hair, preppy clothing, a nine-to-five job, being a registered Republican, whatever. That is, if being straight was your thing, man.

If you spoke drug language you could crack the code of any of dozens of songs and their stoned-out subtexts. This set you apart from straight people who had no idea what they were really hearing. You knew that Big Brother and the Holding Company was a pun on the fact that holding meant that you were carrying drugs. You could smirk about a song that briefly got Top Forty radio airplay before somebody in management got clued in that “Acapulco Gold” was about a type of marijuana, not about an elderly couple seeking a second honeymoon in sunny climes.

You knew that the Byrds were not singing about an airplane flight in “Eight Miles High” and that Sly and the Family Stone repeating over and over, “I Want to Take You Higher” weren’t inviting you to climb Mt. Everest. In fact, you assumed that any song containing the word “high,” or “stone,” or “trip,” or “freak,” or “grass” was in code. There were also the really overt lyrics, such as a short-lived song by the Fraternity of Man on Top Forty radio that was later immortalized on the Easy Rider soundtrack, “Don’t Bogart That Joint, “

Bob Dylan opined, “Everybody Must Get Stoned” with the sounds of a raucous party in the background. Ray Charles’s R & B invitation to share some gin, “Let’s Go Get Stoned” was resurrected as a drug anthem, and Grace Slick was preaching to the choir in the Jefferson Airplane’s “White Rabbit:”

On the other hand, it was easy to fall down the rabbit hole of some urban myths making dope-fiend claims for innocent songs. But if you believed them, not even the songs’ authors could change your stoned-out mind. There was a persistent belief that Peter Paul and Mary’s song, “Puff the Magic Dragon” was about smoking pot. Donovan’s “Mellow Yellow” revealed to some desperate folks who had already fried a few too many brain cells out of existence that you could get high by smoking banana skins. Many believed that the initials of the Beatles’ “Lucy in the Sky with Diamonds,” LSD, were a code. John Lennon insisted that acid had nothing to do with it; that it was a cute phrase his young son had uttered one day. Freaks knew better.

In 1967, Gordon B. McLendon, radio station mogul who played a role in structuring the Top Forty radio format, launched an industry-wide campaign to “clean up or ban” suggestive or objectionable lyrics, including references to drugs. He solicited support from the American Mothers National Committee, telling them, “We’ve had all we can stand of the record industry’s glorifying marijuana, LSD, and sexual activity,” he said. “The newest Beatle record, out next week, has a line about ’40,000 purple hearts in one arm.’ Is that what you want your children to listen to?” The American Mothers gave him an award.

Notwithstanding those obtuse Beatles lyrics, which really could mean anything, code words held power and threatened the straight world. Speech was yet another dividing line between hippie and the Establishment, and oh, how it enraged them and sent their imaginations flying as to its corrupting effects.